Following on from last week is our second board game spotlight. This week we turn our attention to The Crew: The Quest for Planet Nine by games designer Thomas Sing.

Like last week’s entry this is another co-operative card game. However, unlike Codenames, this follows rules more familiar to fans of traditional card games. While it doesn’t exactly use a traditional 52 card deck, this is essentially a trick taking game, much like Bridge, Hearts, or Whist.

The primary difference is that is completely co-operative. With a theme of flying through the solar system, the game progresses through a series of increasingly challenging missions whereby the game requires specific players, to win specific tricks involving randomly determined number cards, often in a specific order. Thus you will need to coordinate to make sure the right cards are played when the right player appears able to win the trick. The catch? You are unable to communicate your plans or strategies to each other at all (save for the ability to reveal a single card each game) so you will have to play close attention to how your shipmates are playing their cards.

The Crew plays very quickly in short rounds, but provides plenty of missions, from the laughably easy to the mind-bogglingly brutal, meaning you will get plenty of big bang for your buck (or British Pound). Unconvinced by my description? The Crew has gone on to win this year’s Connoisseurs’ game of the year at the Spiel des Jahres, which is essentially the most prestigious honour in gaming, and I have to say I agree with their pick.

So if you fancy a space faring adventure that will satisfy both those who seek some light and some heavy gaming, why not pop down to Toyville and pick up a copy of The Crew: The Quest for Planet Nine, normally retailing at £13.49 but on special offer for the next week at £11.99 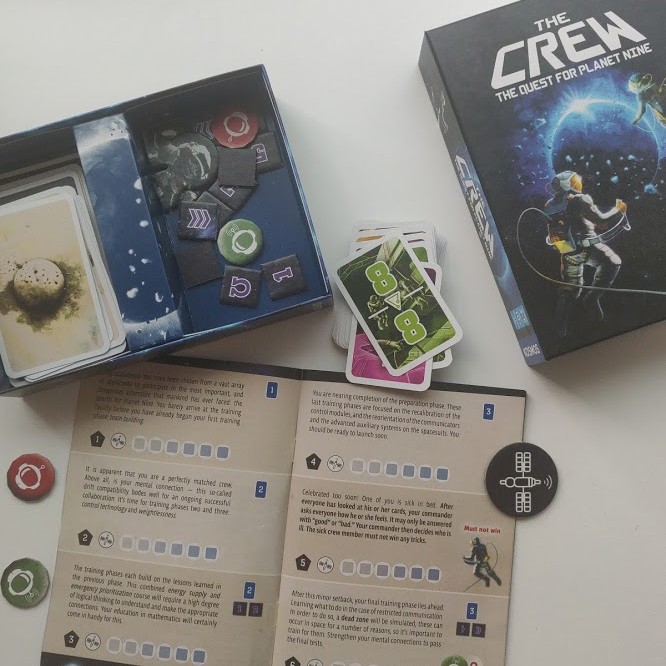